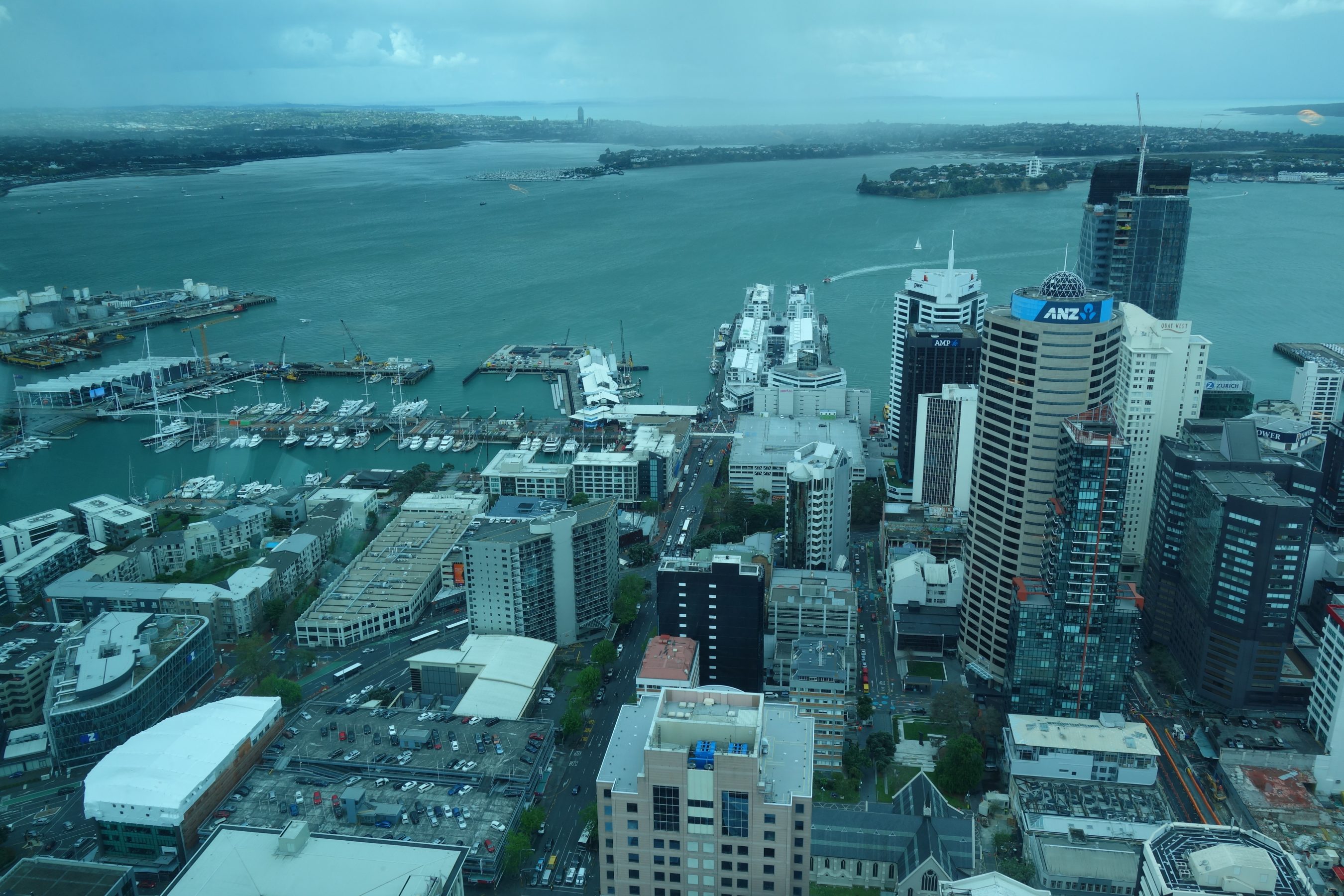 We landed in Auckland at 09:07hrs on Monday morning (11.11.2019). The flight was uneventful (aren´t those the best ones; come to think of it, what positive things would make a flight eventful – a sudden upgrade to the business class, joining the one mile high club…). The power wheelchair had survived the flight yet again. We were good to go.

I got us a taxi and we drove to downtown Auckland. We left the luggage in the office of the company that I had rented the Auckland apartment from. Then we walked a few blocks to the Viaduct harbor, which is the busiest recreational place on the shoreline. After having coffees I stopped at a restaurant called Oyster and Chop which we entered. Yeah, oysters!  I had three different kinds of pacific rock oysters with some excellent kiwi white wine. Once we were able to get the keys to our apartment, Kata and Touko took a taxi there with all luggage while I waited in the harbor area absorbing the oceanic vibes of Auckland.

On Tuesday morning Touko and I headed to the Sky Tower to get a good look of the city from above. This is something that I like to do when visiting a new city; it helps me to orientate to the area. Moving around in the CBD made one thing very clear: the car driver is the king of the streets. Pedestrians beware: a crosswalk is not an excuse for a car to yield. In traffic lights those unfortunate moving around by foot first wait for a good while for their turn; when the light finally turns green one better hurry, because in five seconds it`s back to red again. Also, the heavely trafficed motorways run through the city.

I had checked out a few restaurant recommendations for New Zealand already in Finland. One of them was French Cafe, where I had made a reservation for Tuesday at 18:00. I arrived at 18:00:10 (I would know, told you already about my new watch). It is a fine dining restaurant with a French owner (I assume) situated just out of the CBD. I picked two entrees and a main course with really good kiwi wines. There were plenty of amuse-bouches. The dinner was delightful, but not spectacular.