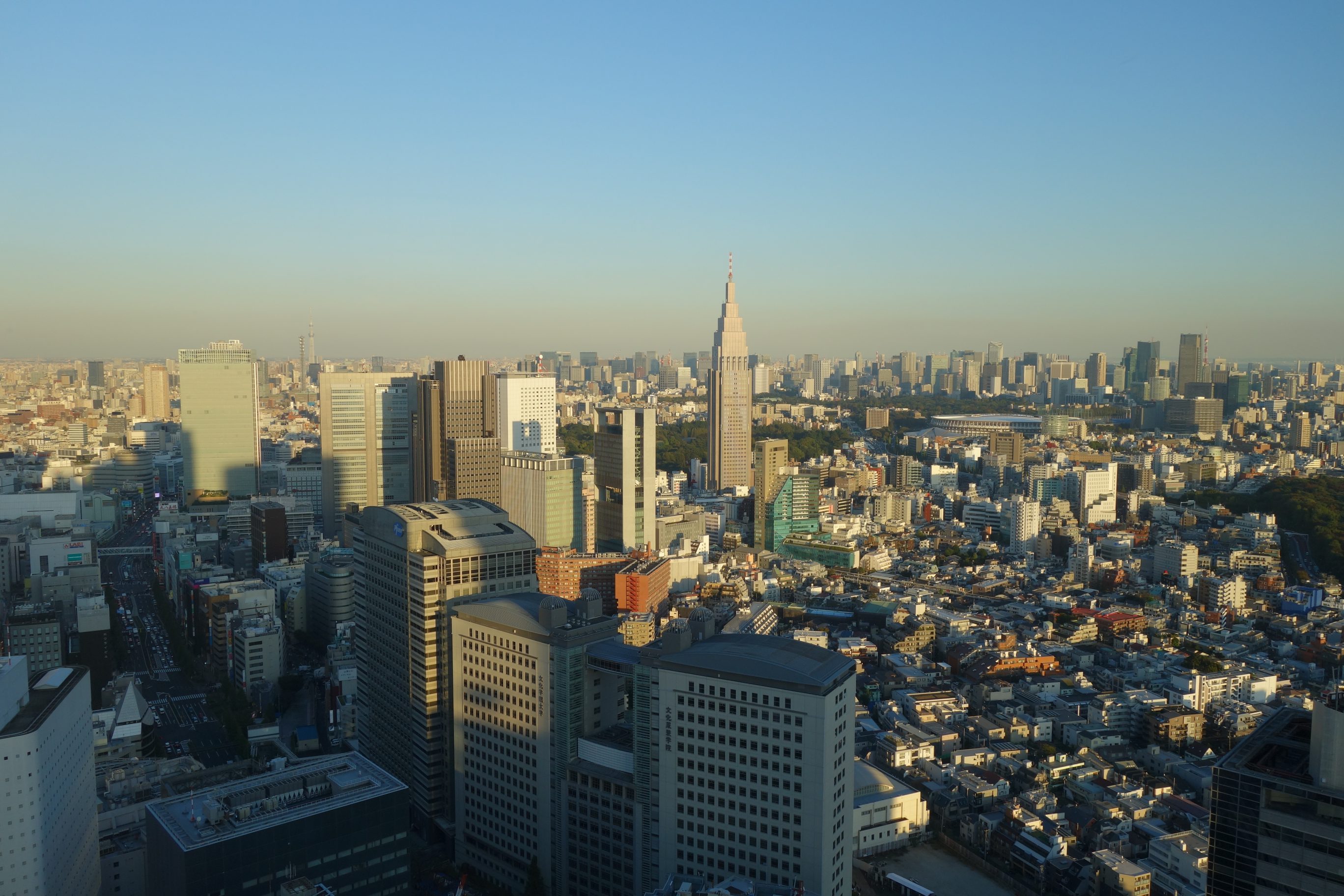 Our flight took off at 17:30 from Helsinki Airport. It was Finnair’s new Airbus A350, quite a nice plane but didn’t really make my flight any more comfortable. It seems impossible for me to get a good sitting position in a plane seat. Well, that’s the economy class, the business side might be a different story. The winds were favorable for us and we reached Tokyo 30 minutes ahead of time at 09:30 Monday morning.

Tokyo was definitely a leap into unknown. The most useful information I had gathered for the visit was from Youtube watching clips like “How to survive the first hour in Tokyo“. But survive we did. We got all our luggage from the flight, and even the power wheelchair was unharmed. I bought us SIM cards (which turned out to be quite useless for Kata and Touko since they were only for mobile data.) Then we got us SUICA cards (as learned from the clips) for the Tokyo subway system and tickets for the Narita express train to Tokyo station. The train system was surprisingly easy to use with good information and prompt service for the wheelchair users. But more of that later.

We got back on the ground at the right station, Akasaka-Mitsuke and found our hotel pretty easily. We checked in and invaded our rooms. They were small but functional.

At this point it was only early afternoon and we already had had a pretty long “day” but we decided to go to explore a bit and to get some food. I would had liked to find a ramen place but it turned out that quite many restaurants and other businesses had a high step or stairs to their premises. We managed to find a place serving “Japanese spagetti” (how authentic can that be!).

After the meal we headed to Roppongi, one of the many cities that the Tokyo metropol consists of. By that time at 4 o’clock the sun was starting to set fast and soon the night was illuminated by millions of artificial light sources.

On Tuesday, after the much needed sleep we took the subway and headed to Shibuya, another city that is a part of Tokyo. Coming out of the station there was the very famous crosswalk intersection, which is very familiar from TV and movies.  Even at noon, outside the rush hours it was a sort of an organized chaos. And it was loud! There were huge commercial screens all over the building walls and they were really noisy, each delivering its message loudly over the next screen. Quite opposite to other places like the subway cars were they ask you to keep your volume down on your headphones for not to disturb the other passengers (and talking to your cellphone is a big no-no).

We started to walk north towards Shinjuku through very commercial streets. We popped in a café, and I had an iced jelly(!) coffee latté. Then we came across Japanese outwear company store, Mont-bell, and did a bit of “tactical shopping”. Next we entered Yoyogi park were people were enjoying the sunny, warm (18C) weather. Behind the park Shinjuku city started to rise.

Everybody remembers Sofia Coppola´s excellent movie Lost In Translation. Most of it takes place in the Park Hyatt Hotel in Shinjuku. Being a bit of a film freak, I thought the place would be worth visiting. We found the building easily but the elevator to the upper floors took some searching for. The bar scenes in the movie were filmed in the New York Bar on the 52nd floor. While waiting it to be opened we admired the views from the building in another bar after which I had dinner in Kozue restaurant. The most memorable thing about that meal was the blowfish (sashimi), which I had for the first time in my life. It was almost tasteless.

The night had fallen and we took the elevator up to the 52nd floor. The New York Bar was a dim lit, classical, high-end bar with live jazz music. And the view! We were standing tall over the sea of lights expanding to the horizon. Seeing it like that makes one appreciate how huge the urban Tokyo area is. And for those wondering: no, we did not see Scarlett nor Bill.

On Wednesday morning the battery of my chair was practically out of power. We noticed the previous morning that the charger didn’t work properly and thought it was due to a poor power socket. For Wednesday night we took the chair down to reception and charged it there – but in vain. Then I realized that the general Japanese sockets only provide 100 volts which just wasn`t enough.  Yes, should have checked that beforehand. Anyway, I called the local Permobil dealer and they lent me a suitable charger. No worries!

In the evening, when the batteries had charged enough, Kata and I took the subway to Ueno. There`s a street market area with restaurants and all kinds of shops. We ended up eating in a Korean style restaurant where we grilled our food ourselves at the table.

On Thursday the weather was sunny and warm like all the previous days. Touko and I started walking towards north since we hadn`t been that way yet. First we ended up at the university campus where we felt adventurous and bought lattes from a vending machine. The coffee was bad but the atmosphere academic. From there we continued to Ginza, another big city in the area. It is a business city with high street shops.

While having a glass of wine in a small restaurant I noticed that my classmate Ilkka had posted a picture of Yoyogi park; he was in Tokyo, too. What a coincidence! I took the subway to Shinjuku where we met for sushi. Ilkka had arrived the previous day with a Finnish a cappella group Rajaton for whom he mixes the audio. They were starting a tour in the southern Japan. After we had our bellies full of quite good sushi we decided to go looking for Scarlett on the 52nd floor again. The jazz band had an even better vocalist, but no Miss Johansen.